Speaking of FDM's 3D printers , many people say that toys are of no use. Others say that such machines cannot print full color like 2D printers, and there is not much value. And abroad there are many start-up companies have announced to be done to fulfill the color of FDM 3D printer. But the result is sad, and the basically announced company is not a bankruptcy or a linger. The full-color FDM 3D printer has become a crown in the field of FDM, waiting for the pick of the people with the heart.

I am only a member of this road on the road. Many people (including me) want to achieve full color for the time being, and second to none. Mixing consumables of different colors for printing (in fact, before the implementation of consumables dyeing, consumables docking, etc.). Later, on the omnipotent Taobao, there were also rainbow-colored consumables. I also bought a few volumes of experiments. 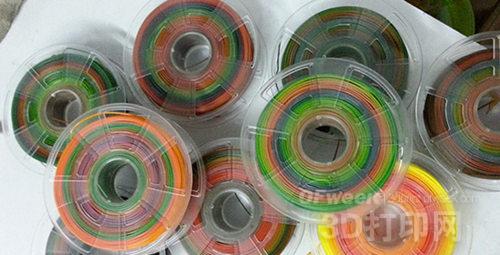 The consumables I bought

Richard Horne is a great explorer. He first completed the mixing experiment of red, yellow and blue in reprap mendelmax (richrap). He also made particle extruders and peristaltic extruders. (The picture shows the mixed effect diagram) 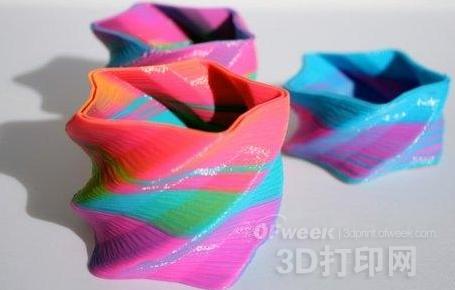 The basic working principle is: there are three extruders, and at the same time, a plastic wire (the consumable required for the 3D printer) is supplied to one nozzle (ie, the hot end), the plastic wire melts at the nozzle, and then accumulates on the surface of the work.